What Is Penetration Testing? 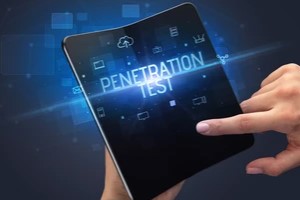 Today, even some of the largest organizations with robust IT infrastructures can be susceptible to cyberattacks. Therefore, it is critical to routinely inspect your computer systems and applications for weaknesses or vulnerabilities. One of the most effective ways to accomplish this is through penetration testing. Here is a close look at what this is.

What Is Penetration Testing?

A penetration test or “pen test” is a process to assess an IT system’s security by simulating a cyberattack in order to uncover vulnerabilities. Pen testing is also commonly called “ethical hacking.” As it pertains to web application security, this process is often used for the augmentation of web application firewalls (WAFs). Pen testing serves as an additional cybersecurity reinforcement to vulnerability scans, which simply reveal what weaknesses are present in an IT infrastructure.

This first step involves establishing a pen test’s objectives and scope, which includes the systems that must be tested and what testing techniques will be utilized. This stage also collects data or “intelligence” about mail servers, domain and network names to get a better sense of a system or application’s potential vulnerabilities.

After planning and gathering data, the next step involves using scanning tools to uncover how the target system might react to different intrusions. The analysis of an application’s code can either be static (stationary) or dynamic (running state). The latter scanning method is often more revealing because it offers real-time insights into how an app performs.

In this stage, web application attacks such as backdoors, SQL injections and cross-site scripting are deployed to expose a target’s vulnerabilities. These weaknesses can then be exploited by intercepting traffic, stealing information or changing privileges to evaluate the type and amount of damage they can potentially inflict. 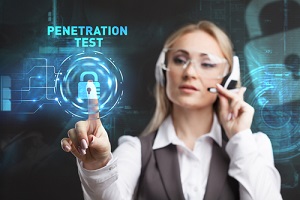 The main objective of this phase is to mimic advanced persistent threats (APTs), which frequently linger in an IT infrastructure for several months to pilfer a company’s most sensitive information.

The final stage of pen testing involves analyzing all results and summarizing them in a report that outlines:

An organization’s security team then uses this information to configure WAF settings and prevent future attacks.

There are five primary pen testing methods you can use:

This pen testing method involves targeting the “outer layer” of a company’s IT infrastructure to steal sensitive data. This includes the organization’s website, domain name servers and email servers.

An internal test is one in which a tester replicates an attack from an insider. This includes both company employees who intentionally hacked a system or internal individuals who are victims of malware attacks.

As its name suggests, a blind test is one where the tester simply knows the name of the organization being targeted, but not details about its IT systems or applications. Blind testing allows security staffers to observe a simulated cyberattack in real time.

Doubleblind tests are those where only one or two people in a company know a simulated attack is happening; the rest are blind. These types of tests typically give organizations the least amount of time to respond.

Targeted tests are ones where a tester and a security team collaborate and continuously inform each other of their actions. This type of testing also offers real-time data from the attacker’s perspective.

Get Penetration Testing Services From TCB 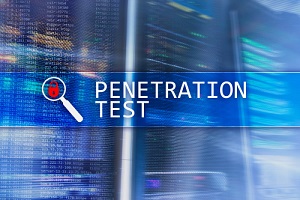 Our IT security team understands the immense toll that cyberattacks such as data breaches can take on any organization’s finances and reputation. Therefore, we take all the necessary measures to ensure your systems and applications are free of vulnerabilities that could easily be exploited.

Our services include data backup and recovery, IT risk assessments, network installation and integration, and spam filtering to combat phishing attacks and other similar cyberassaults.

Reach out to the professionals at TCB 24×7 Expert Network IT Support to learn more about penetration testing and its benefits. Since 1993, we have been dedicated to offering businesses of various sizes (large enterprises, SMEs, startups, etc.) throughout Northern Virginia with efficient and cost-effective IT solutions that are customized to their unique needs. Call TCB today at (703) 783-2781 or contact us online to schedule a consultation with one of our security experts.